Asteroid Apophis Could Hit Earth in 2036

Mayan predictions for the years 2032-2052 include the phrase “all will be lost,” implying a major catastrophic event for civilization. I discuss this “prophecy” in my book Mayan Calendar Prophecies: Predictions for 2012-2052. Unnervingly, NASA is currently tracking an asteroid named Apophis that has a chance of smashing into Earth in 2036. Based on its size, the impact would release energy equivalent to 500 megatons. By comparison, the Barringer Crater in Arizona was created over 40,000 years ago by a blast in the 10 megaton range. With all the focus currently on 2012 (about which the Maya made no doomsday prophecies), are we in danger of missing the real danger spelled out in the Mayan prophetic books for our near future? Read the story below and decide for yourself. 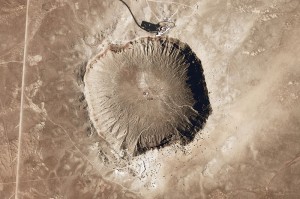 In Egyptian myth, Apophis was the ancient spirit of evil and destruction, a demon that was determined to plunge the world into eternal darkness.

A fitting name, astronomers reasoned, for a menace now hurtling towards Earth from outerspace. Scientists are monitoring the progress of a 390-metre wide asteroid discovered last year that is potentially on a collision course with the planet, and are imploring governments to decide on a strategy for dealing with it.

Nasa has estimated that an impact from Apophis, which has an outside chance of hitting the Earth in 2036, would release more than 100,000 times the energy released in the nuclear blast over Hiroshima. Thousands of square kilometres would be directly affected by the blast but the whole of the Earth would see the effects of the dust released into the atmosphere.

And, scientists insist, there is actually very little time left to decide. At a recent meeting of experts in near-Earth objects (NEOs) in London, scientists said it could take decades to design, test and build the required technology to deflect the asteroid. Monica Grady, an expert in meteorites at the Open University, said: “It’s a question of when, not if, a near Earth object collides with Earth. Many of the smaller objects break up when they reach the Earth’s atmosphere and have no impact. However, a NEO larger than 1km [wide] will collide with Earth every few hundred thousand years and a NEO larger than 6km, which could cause mass extinction, will collide with Earth every hundred million years. We are overdue for a big one.”