What if the Mayan calendar doesn’t really end in 2012 but in 2438 instead? Could researchers really have miscalculated the end of the Mayan calendar by over 400 years? An astronomer suggests this is precisely what has happened. By comparing the known date of the Crab Nebula Supernova recorded in Chinese astronomical books to the same event recorded in the Dresden Codex, a Mayan astronomical book, the researcher was able to synchronize the Chinese and Mayan calendars with our modern Gregorian calendar thereby discovering the 400 year discrepancy.

It should be noted that this doesn’t affect the Mayan Katun prophecies in any way. As I discussed in my book Mayan Calendar Prophecies: Predictions for 2012-2052, these prophecies were based on repetitive, natural cycles and not specific dates. Thus the prophecies for Katun 4 Ahau still correspond to the years 1993-2012. The best way to understand this is to think of a broken watch that is four hours slow. Regardless of whether the watch is operating correctly, the sun still follows its natural cycle unchanged. The sun still reaches its highest point in the sky at noon regardless of whether your watch says it is 8:00am. Likewise with the Katun Prophecies. Katun 4 Ahau and the predictions associated with it still occur between 1993-2012 regardless of whether the Mayan calendar “ends” in 2012 or 2438.

Read the research below and decide for yourself: 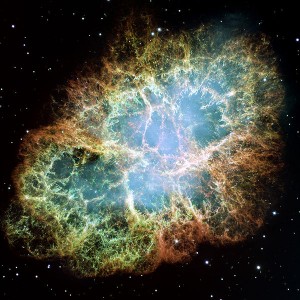 Eclipses and supernova 1054 in the Dresden Codex

For over a century the pages 51 to 58 of Codex Dresdensis (CxD) have generated extensive attention. Almost all authors have related the 69 intervals and the 10 inserted pictures on these pages to Solar or Lunar eclipses.

Some investigators consider the series of dates and intervals to be an eclipse ephemeris table while others think it contains reports of observed Solar or Lunar eclipses. Some of these alleged foreseen or observed eclipses have served as a basis for correlations between the Maya and our Western calendars.

In the next pages, we will show how we arrived at a possible new correlation and how this correlation explains in a fairly surprising way some other intriguing dates, such as 9.9.16.0.0 4 Ahau 8 Cumku.

We think however that it would be non-scientific not to communicate our findings to the scientific community.