Fish population records show that important fish species are collapsing. Will this lead to a famine between the years 2022-2032 as predicted by Mayan Katun Prophecies? I discussed these prophecies in my book Mayan Calendar Prophecies: Predictions for 2012-2052. Read the news article below: 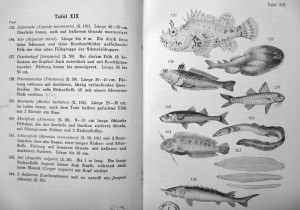 By digging up and poring over old books and records of Mediterranean marine life, scientists have filled a 200-year gap in fish population data.

The data, generated from from naturalists’ accounts and fish-market records published between 1818 and 2000, shows the clear decline of fishes in the Adriatic Sea (east of Italy) and provides a crucial baseline comparison for the ongoing collapse of today’s fisheries.

“The understanding of fish communities’ changes over the past centuries has important implications for conservation policy and marine resource management,” the authors wrote in a study published Nov. 17 in the journal PLoS ONE. Ignoring old records, they added, has led to a “historical myopia” in fishery science that underestimates the loss of natural resources.

It’s no puzzle why. Prior to the mid-20th century, large-scale surveys of marine life didn’t happen and, for that matter, there wasn’t the modern-day level of concern about natural resources or the impetus to conserve them. Back then, there were only fish-catch records and naturalists’ qualitative descriptions of life beneath the waves.

[This story continues at: http://www.wired.com/wiredscience/2010/11/old-fish-populations ]