Recent computer models created by the non-partisan Congressional Budget Office show the U.S. economy imploding by the year 2037 if our debt continues to accrue at the same pace. As America goes, so goes the world. Coincidentally, Mayan prophecies for the years 2032-2052 suggest major catastrophic problems for civilization. I discuss these prophecies in my new book Mayan Calendar Prophecies: Predictions for 2012-2052. Could these problems include a complete implosion of world economies and the chaos that would ensue from such a situation? Read the news article below and decide for yourself: 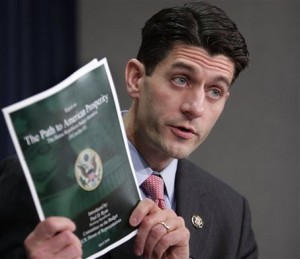 Ryan: Debt on Track to Hit 800 Percent of GDP; ‘CBO Can’t Conceive of Any Way’ Economy Can Continue Past 2037

(CNSNews.com) – House Budget Chairman Congressman Paul Ryan (R-Wis.) said President Barack Obama’s budget strategy is to “do nothing, punt, duck, kick the can down the road” while the debt remains on track to eventually hit 800 percent of GDP. Ryan added that the CBO is saying it “can’t conceive of any way” that the economy can continue past 2037 given its current trajectory.

Ryan also said that the House Republicans’ FY2012 budget, which he unveiled yesterday, would save Medicare and help the United States avoid a debt crisis. “It all comes down to this: Either you fix this problem now where we, you can guarantee people who’ve already organized their lives around these programs get what they have coming to them, or you pick the president’s path, which is do nothing, punt, duck, kick the can down the road, and then we have a debt crisis and then its pain for everybody,” said Ryan.

[Update: Reading the actual CBO report here it appears that the worst case scenario is debt at 200% of GDP not 800% as the above headline suggests.]