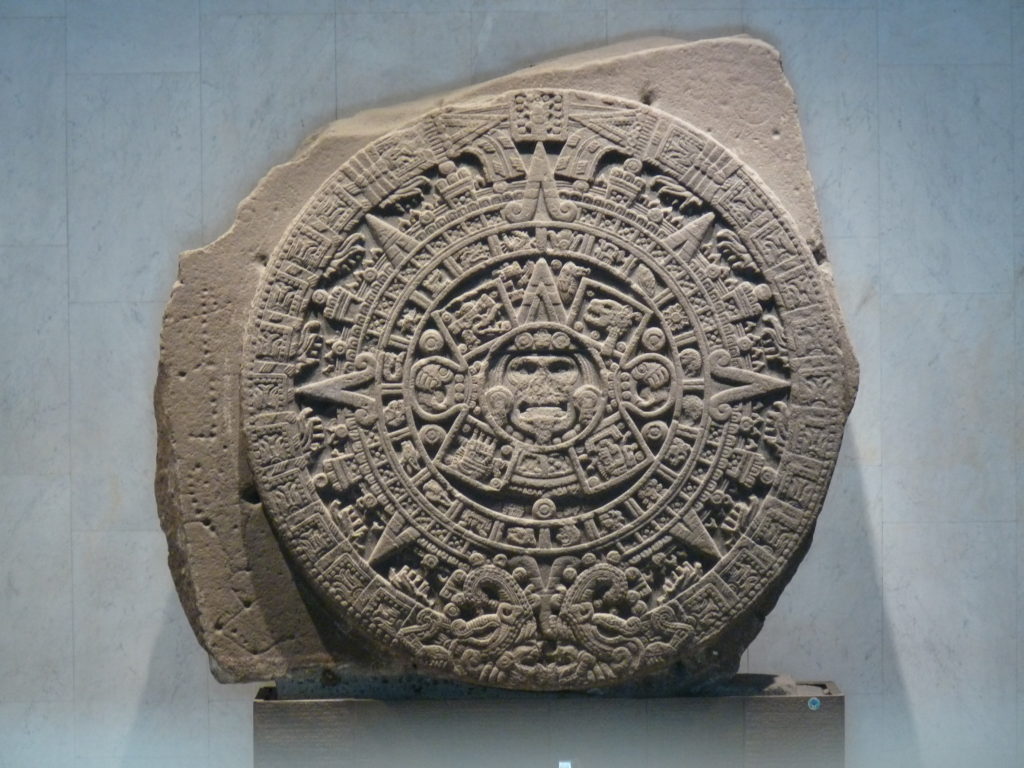 The Aztec Calendar Stone was carved in 1427. The artisans included a wealth of information encoded on this stone about the Aztec belief in a cycle of cosmic destructions that had befallen Earth four times in the past. They believed we were currently living in the fifth such era or Fifth Sun and that this age would also be destroyed. At the top of the Aztec Calendar Stone was the date 13 Reed which corresponds to 1011 AD which is when the Fourth Sun was believed to have been destroyed by flood and the Fifth Sun was born. 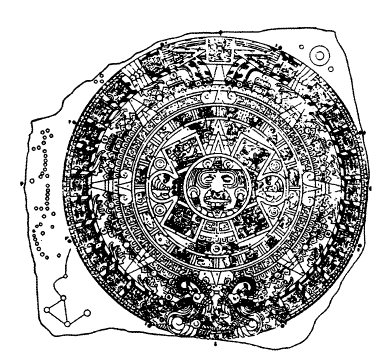 In 1980, astronomer Anthony Aveni noted in his book Skywatchers of Ancient Mexico that there appeared to be star patterns or constellations carved into the flanges (i.e., the rock edges) of the Aztec Calendar Stone. In 1999 astronomer Robert S. McIvor published a paper in the Journal of the Royal Astronomical Society of Canada entitled “Star Patterns on the Aztec Calendar Stone” in which he hypothesized that one of these star patterns represented the Milk Ladle asterism (star group) located in the constellation Sagittarius and another represented three prominent stars in the constellation Aquila, the Eagle.

McIvor also noted that according to Chinese records, a “guest star” appeared near the Milk Ladle asterism (known to them as the asterism Nan-tou or the Rice Ladle) in 1011 AD. In Chinese astronomy a “guest star” represents any light in the night sky that appears and disappears over a short period of time such as a comet or super nova. McIvor theorized that the appearance of both the 1011 AD date and the Milk Ladle asterism on the Aztec Calendar Stone possibly were connected to this Chinese “guest star” event.

What message did the Aztecs want to send by encoding all of this information (the date 1011 AD, the Milk Ladle asterism from the Sagittarius constellation, and three stars from the Aquila constellation) on the Aztec Calendar Stone? And what type of “guest star” did the Chinese spot near the Milk Ladle in 1011 AD: a comet, super nova or something else entirely? 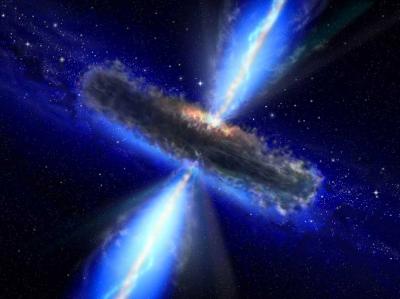 In 1997, physicist Paul A. LaViolette wrote a book entitled Earth Under Fire. In this book he theorized that the intense radio source at the direct center of our galaxy, Sagittarius A, is a star not a black hole and periodically it has enormous outbursts of energy and matter called a galactic superwave. We know such outbursts occur at the centers of other galaxies. Coincidentally, Sagittarius A and the center of the Galaxy appear in our night sky near the Milk Ladle asterism in the constellation Sagittarius.

LaViolette theorized that these outbursts from Sagittarius A would be devastating to life on earth. In fact, the last such outburst appears to coincide with the ending of the last Ice Age and the great mass extinction which accompanied it which included the demise of mastadons, wooly mammoths, saber toothed tigers and more.

LaViolette theorized that when Sagittarius A, which is not visible to the naked eye, experienced one of these outbursts it would appear to persons on earth as the sudden appearance of a new bright blue star. This “guest star” would then fade from view once the eruption was over yet the energy and mass it erupted would be hurling through space directly towards Earth.

Does the Chinese guest star of 1011 AD near Nan-tou, the Milk Ladle asterism, represent such an eruption of Sagittarius A? If so, what effects did it have on Earth? The Aztecs claim the Fourth Sun which ended on 1011 AD was destroyed by a flood. Is there any evidence of such a flood?

In fact, there is. This will be discussed in our next entry.